D'Var Torah on Farming and Writing 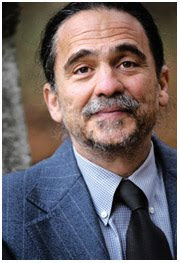 I am bored with the farm. It's very slow around here these days -- it's the dog days of summer I guess. Low energy..... I feel like my bond-rating got downgraded. Well, collectively speaking, it just did.

"The political brinkmanship of recent months highlights what we see as America's governance and policymaking becoming less stable, less effective and less predictable than what we previously believed," said S&P, one of three leading credit rating agencies...... It's hard to argue with this statement -- it seems to accurately describe the recent madness in Washington.

Okay, aside from that down-graded feeling, the report from the West Coast is that it's been a cool summer and everything is late, tomatoes for instance. We have an abundance of bright green tomatoes on the vine, but they are taken the very longest time to ripen.....We're supposed to be patient in this line of work, but I am not very patient. I look at the tomatoes and think "hurry up, this is August, for Pete's sake."

I know -- they will ripen in nature's own good time, but I'm an instigator and not willing to just let things happen -- that's my human nature and I make no apology

I did learn about beets from Ann. She said the secret to growing beets is to ignore them. Apparently these dark-blooded creatures do not like being watched. So I forgot about them entirely until Michael, my co-worker from Scotland, discovered the beets were ripe and fulsome. Michael, being Scottish, calls them "beet roots." He picked a nice bunch of beets and made them peeled, shredded and cooked with a bit of sugar and vinegar -- incredibly tasty.

Then we ate some of Brian's leeks at the same meal. Brian, with far less total horticultural experience than I have, grew much better leeks. I can't understand this. I planted three five-foot rows of leeks and they all grew with hard, woody stems, and not a single one of them was edible.

Then Brian, Mr. Moonface, who works so slowly that he hardly even moves -- casually dropped in a few seeds -- his leeks were fat and tender and pale green. I don't get it. I was gardening before he was born..........But maybe I'm impatient and I try too hard.

The real truth is that Brian is a fully-dedicated gardener and I am not. It's my day job, and that's all it ever has been or ever will be. Writing comes first, gardening and farming comes second.

I know the difference. Men and women who make horticulture their life's work often succeed -- they grow better leeks....... I salute them.

But writing matters. Here's what I wrote today, and if you think it has little to do with farming then you would be quite wrong.

D’Var Torah
What is the connection between writing and farming as occupations? This reminded me of a saying from Pirkei Avot, a Jewish book of wisdom.

You don't choose one over the other -- Bread and Torah, Livelihood and the Spiritual Path -- both are essential for a good and balanced life.

This still makes sense today. We're working on the watering system -- there's a leak out there somewhere and the pump keeps running, so we just turn on the pump when we need water for something -- gotta find that leak.

We need water. Fortunately, the farm is right by the Ventura River and there is an abundance of water only thirty feet down. It's ours for the cost of the electricity to pump it -- Not free, but abundant.

I used to belong to the Tikkun discussion group when I lived in Boston. Tikkun is a Jewish spiritual/political magazine founded by Michael Lerner who coined the phrase "politics of meaning." Hillary Clinton invited Lerner to the White House shortly after Bill Clinton became President. Lerner seemed likely to become a spiritual adviser for the Clintons -- possibly like Bill Graham had been for previous Presidents. But Lerner's presence at the White House caused a storm of controversy, and I still don't know why. He was a little hippy-dippy and lefty-lefty, but not very extreme. His views were not that unusual.


Anyway, in 1991, living in Cambridge, and wandering around town looking for something to do, I happened to notice that Michael Lerner was giving a talk at Temple Beth Shalom -- the famed "Tremont Street shul" near Central Square...... Never having entered a synagogue in my life, I dropped in that evening, and I liked what I heard, and I liked the people I met, so I joined the group. They never said you had to be Jewish and I wasn't.

We met on Sunday mornings at people's houses and apartments, maybe 12-15 people each week, and we discussed topics based on an article in Tikkun magazine. It was very interesting. The people in the Tikkun group were impressively articulate -- I mean, this was Boston. Myself, I never said much, but listened in wide-eyed wonder and they called me, behind my back but kindly, "the space-case from Seattle."

I'm not from Seattle, but I often said so when I was in Boston, just to make it easy for them -- saying "I'm from LaConner, a small town in the Skagit Valley about 60 miles north of Seattle" takes too long.

Also "space case" seemed apt. I was relatively in-articulate compared to my intellectual companions. I truly felt just as smart and just as well-read as these new companions, but I have never had the ability to "hold forth" at meetings like this..... You might recall how I organized the Winter Writers Group in LaConner, but I never talked very much...... Just can't say much in a group.
D'Var Torah means "a few words, a little lesson." D'Var means "word" and Torah is that long hand-written scroll you see in the photo.

The Torah is the first five books of the Bible -- Genesis, Exodus, Leviticus, Deuteronomy and Numbers -- did I get that in the right order?

When they read and chant out loud from the Torah at a service, they have one person doing the chanting, and one or two others following closely to watch for mistakes. If the chanter mispronounces a word or something like that, then they back up a little to get it right.

So, did I get it right? I'm not Jewish, but I studied at the temple and I learned a lot of things. It's very complicated. It seems to be the delight of Jewish tradition to make things complicated rather than simple.....That makes for good mental exercise as well as spiritual development.


Ted Kaptchuck is on the faculty at Harvard Medical School. He wrote a book called "The Web That Has No Weaver" -- it's about Chinese medicine and it's a very good book.

Ted was a member at Temple Beth Shalom when I went there in the early 1990s. As you recall, I wrote that I first attended this temple to hear Michael Lerner give a talk. Basically, I liked the vibrations in this place, so I stayed for the next three years..... and why? Because of people like Ted Kaptchuck. Sure, he is a most distinguished author and a learned fellow, but also he was just kind of a cool guy......Ted used to pray up front in the sanctuary, up near the altar, but over to the side, even against the wall, always on the right side .... so he was sort of in front of us, but not in front ....

Hey, that was a teaching. Ted standing in front of us, but not in front of us. It's right from the book of Chinese Medicine -- the resolution of contradictions -- the realization of the underlying harmony.

But mainly I learned from Ted about wearing a hat. At a temple a man is expected to cover his head. I don't know why. They keep a basket of yarmulkes by the entrance in case you need one. If you don't put one on, someone might kindly hand you one.....It is not strictly, absolutely necessary for a man to wear a hat at the temple, but it would make them happy, so I did......Except I didn't like it. You can call them a yarmulke or a keppah, but if you ask me they're a beanie and they look stupid......I'm quite vain, and I did not like the looks of it.

But I wasn't about to SAY anything, I just took it as humbling experience, until I noticed Ted up front (but not up front) swaying and praying, and he was NOT wearing a yarmulke, he was wearing a black beret --- totally cool..... So that's it, I said to myself. You don't have to wear the beanie, you just have to cover your head..... So I bought a black beret like Ted's -- and it was cool.

Unsubscribe by saying so in a reply.

Frog Hospital and Farm News Subscriptions. If you find this newsletter worthwhile, send a check for $25, made out to Fred Owens and mail it to Fred Owens, 7922 Santa Ana RD, Ventura CA, 93001.

Or Use PayPal. Go to the Frog Hospital blog and use the PayPal button.