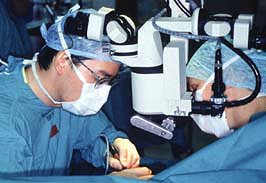 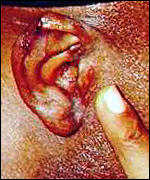 I interveiwed a plastic surgeon today, and he showed me slides of his work in reconstructive surgery. I saw a photo of a man who got his nose bit off in a fight, and then how the Dr. sliced out a piece of skin from the man's forehead, and flipped it down over the stump of a nose and, over several operations, constructed a new nose.

Gruesome photos, but when I saw it with his eyes....

Coincedentally I'm watching ER on the television.
Posted by Fred Owens at 6:58 PM

Prodigious blog. Loved it so much I went to it
again! Just go online and search for blogs that are
worth the value as yours.
Go and click my mi michigan house cleaning blog.