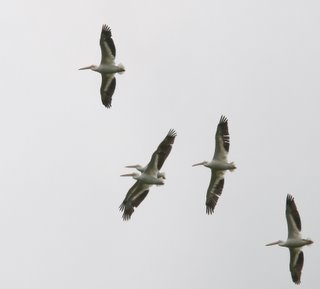 FALCON HEIGHTS, TEXAS – Falcon Heights is on the Rio Grande River, 150 miles upstream from Brownsville. Roma, the nearest town with a population of 5,000, was founded in the 1700s. Marlon Brando and Anthony Quinn starred in Viva Zapata, which was filmed in Roma, using the historic adobes and wrought-iron balconies for scenery. It is a poor town, purely Spanish, hard by Mexico, which has always spilled over the border.

I came to the Valley for several reasons relating to business, but I tell you honestly that those business reasons were only an excuse to spend some time here and breathe more easily than any place in Texas. I greeted my friend at the store in Roma. I had met him last year. He said, “Maestro, como estas?” I answered, “mas viejo y mas pobre,” and he laughed. In English this means “older and poorer.” In English it sound pathetic, like a man asking for pity. But in Spanish “mas viejo y mas pobre” is noble and tragic. It means “the story of my life has been squeezed like an orange to the last drop, and there is nothing left but a drying husk.” In fact, it is a proud thing to say, said of a man who loves life and holds nothing back, said of a man who embraces the bitterness of reality and death, said of a man you can trust.
Falcon Heights, 14 miles up the river from Roma, is known the world over for bird watching. Tropical birds come here to the northern edge of their territory and temperate birds come this far south. The migrating birds from farther north wander through as well. I saw colorful and unusual species at a feeding station by the river. Cardinals were abundant. The sweet brown female cardinal enflames the male into burning red brilliance. Roadrunners spear and eat unwary sparrows feeding on the ground. Raptors dive for fat morning doves. Orioles are so orange that they should name the fruit after the bird. The grackles come to the feeding station like a motorcycle gang and chase the daintier birds into the shrubbery. The bird watchers sit still with binoculars, cameras, and guidebooks, watching alertly, taking notes, and speaking quietly.

Native Americans and spiritual adventurers also come to this area -- not to Falcon Heights, but to secret places nearby -- to gather peyote buttons which grow under small bushes in hard, chalky soil. For that reason, Falcon Heights is known even in other worlds, which are fantastic, celestial, and ancient. But one doesn’t ask, bec
ause curiosity is dangerous.

In addition to the overlapping territories of birds and vision seekers, there is an international border which is real to humans; and it is uneasy. The mass migration of people, young and brown, continues silently every night, crossing the river in row boats, or wading in waist-high water, ghosting through dirt tracks, dropping water bottles and plastic food wrappers as evidence to the Border Patrol.

Where I’m camping these few days, I can see Mexico across the river and the bright lights of a Mexican town, also on the river, but facing north. I won’t go over there. I don’t want to leave America. I have my reasons. When the sun sets, I can see the jagged outline of the Sierra Madres more than 100 miles to the west. They must be towering mountains to be seen from here.

It’s quiet. Very few people come here. During the day I look with my eyes and see nature, and then I go into town and talk Spanish, but at night I read books of history and drama, which take me to other places and times. Does this seem disconnected? Should I be studying birding guides and reading works of Latin American culture, to give a foundation to my daily observations? Perhaps. If I learned by night what I had seen by day, that would be a good thing and a productive use of my time. But for reasons that are important to me, I need to make connections to distance realms, because I feel that it is my responsibility to hold the world together. This is very big for my ego, to have this job of holding the world together, and to be going from one human being to another, across long distances of miles and years, bringing messages of love and conflict. Don’t tell me I am wasting my time in foolishness, because I know this is the right thing for me to do.

I recall the scene in Viva Zapata, the night of Emiliano Zapata’s wedding, when he (played by Marlon Brando) enters the bedroom to fully know his wife, while the boisterous crowd of his followers serenades the couple from the streets below. He confesses to his bride that, although he is the general and leader of a thousand fighters, he cannot read. He says, “Teach me to read.”

That’s why I bring books with me when I am camping, because it is not enough to sleep on the ground and hug the earth, but because I can see the stars and the moon while I lie in my sleeping bag and I can feel the wind drifting. My spirit wants to go where the wind goes. Some more natural man might be content to know one place and to be rooted there, but that is not me.

I read “Mistress to an Age” by J. Christophe Herold, a biography of Madame de Stael, who was an important figure in the history of the French Revolution and the rise and fall of Napoleon Bonaparte. Madame de Stael hosted a salon in Paris during those years, and it was said that most of the cabinet members, financiers, and leading thinkers of the day could be found at her mansion in the evening. Napoleon found her a threat and had her banished, but she replied, “All I do is hold conversations. I say what I think, and I write what I think. Why does this powerful man fear me?” But he was right to fear her, because her words lead to his downfall.

I read “A Farewell to Arms” by Ernest Hemingway, his tale of World War I on the Italian front, taken from his experience as a volunteer ambulance driver in that conflict. It is not his fault that some of his very best sentences have become embarrassing clichés.

These words still ring: “…and I had seen nothing sacred, and the things that were glorious had no glory and the sacrifices were like the stockyards at Chicago if nothing was done with the meat except to bury it. There were many words that you could not stand to hear and finally only the names of places had dignity. Abstract words such as glory, honor, and courage were obscene beside the concrete names of villages, the numbers of roads, the numbers of regiments and the dates.”

I will be going back to town in a few days, but I leave you with another Spanish saying. Hay siempre mas naranjas, which means, “There are always more oranges.”
Peace,