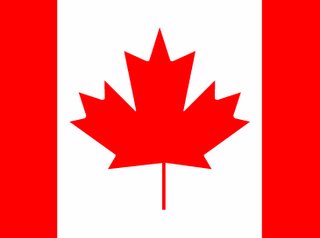 "Canada is the only nation on earth that takes moderation to an extreme." -- H.L. Mencken

Conservative Party Leader Steven Harper will become the new Prime Minister of Canada, after his party's victory over the Liberals in Monday's election. Paul Martin, the current Prime Minister and Liberal leader, will step down.

A national election -- eight weeks from start to finish and using paper ballots -- we should be so lucky here.

I went to college in Canada, from 1964 to 1969, at the University of Toronto, so I consider myself to be semi-Canadian, after five years' residence. However, I have not been to Canada since 1993 when I attended a college reunion, so I'm kind of rusty.

Just a brief comment on patriotism: Is it possible and is it good to love more than one country? Yes, it is possible, and it is good. If you have two or more children, don't you love them all?

But that's not quite fair. America is my home and comes first in my affection and loyalty, but Canada is a good neighbor and a place where I have been especially welcomed.
Posted by Fred Owens at 5:19 PM

Unbelievable blog. I can hardly wait to vist this
site again.I'm consistently looking up blogs like
this.
Please discover my ut utah house cleaning blog.