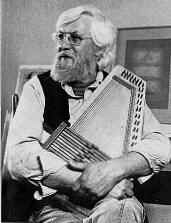 Robert Sund was a poet who lived in the Skagit Valley -- a good friend of mine. Robert had a shack out on the Skagit River, a net shed up on pilings that he fixed up for a home. He got there by rowboat. One time, about 1980, he took me for a row in his boat around Ika Island, and then we went to his shack for tea and a lot of laughs. The shack is still there.


He died in the fall of 2001, shortly after the planes struck the Twin Towers in Manhattan. Robert was failing and in the hospital, but he knew about it from watching the television. I think he was glad he didn't have to deal with it.
Posted by Fred Owens at 7:19 PM

Striking blog. I liked the site I will be back
again! Websurfing is a good way to find blogs like
yours.
My il illinois house cleaning blog, is something you need to peep out!