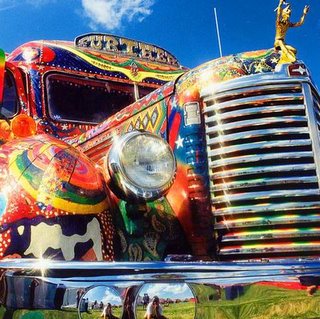 The first time I met Ken Kesey, it was in February, 1967. Mike Mikolas and I were hitchhiking from Toronto to San Francisco, by way of Mexico City. We were headed for the Haight-Ashbury because we had just dropped out of college. 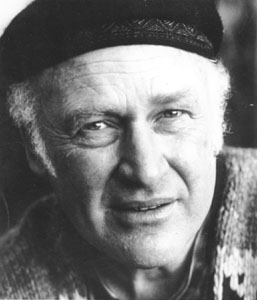 Mark was very attached to a book called the "Art Of Loving" by Erich Fromm. For that reason Mark wanted to go to Mexico City, where Fromm was living at the time, and have conversation with the great man. 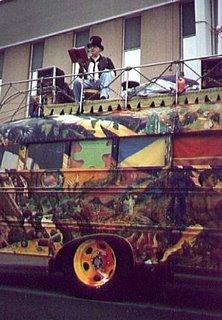 That's how we got to Texas, coming down from Toronto. Anyhow it was warm there and we had friends-of-friends who were students at Rice University, so we hung out there.

Ken Kesey and the Merry Pranksters, riding on their famous bus -- but it wasn't yet famous, and I had never heard of it or thought of it until I met the man himself -- Kesey and his gang, who had been invited by our student friends to make an appearance on campus.

It was quite an event or non-event -- you really had to be there. I don't want to bore everybody with this 60's crap.

I met Kesey twice after -- once when he was in Chicago, I think it was about 1976 or 77, and he came to see the King Tut exhibit. The 60's were over and Kesey was just a guy who lived on a farm in Oregon, only he had wide-ranging interests. And I had just gotten married, gotten a job, and my wife was with child. We were living in Evanston, a suburb just to the north Chicago. Kesey was a man of the West, and he said he would never have come to the Midwest, if it wasn't for King Tut.

I surf the web looking for blogs like this one.
Your site was on point and will be back again! Awesome
blog.
Search for my mi michigan house cleaning blog, it will leave you speechless.