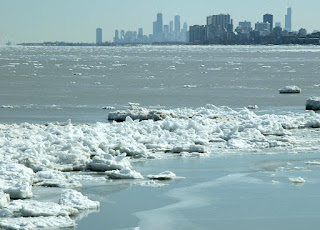 I came back to Chicago in late November, 1971 -- a previous post describes how I had gotten the frostbite on my toes in northern New Mexico, and so I left that cold place and went back to Chicago, to my parents' house, to recuperate.

It's a little different now, but in 1971 it was incredibly uncool to live with your parents, and that's how I felt -- when I got home -- uncool, sad, depressed, defeated, lost, screwed up -- but mainly depressed.

Like a complete failure, gone home to Mom and Dad.

But it wasn't really about getting lost in the mountains in northern New Mexico and almost freezing to death. It was -- my depression and sense of failure -- about the end of my two year's relationship with Gail Murphy, the golden girl, my California dream girl. When we broke up I thought I would die, it was the worst thing that ever happened to me -- up to that time in my life.

Actually, going back over 61 years, breaking up with Gail would surely make the Top Five of all the worst things that ever happened to me.

But it was late November and I was back in Chicago -- and that ice you see on Lake Michigan is real.
Posted by Fred Owens at 10:06 PM