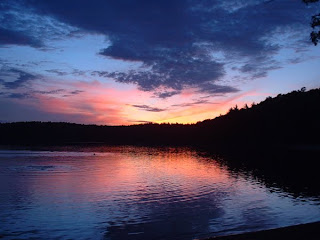 
1995 was a good year. I worked in Concord, amid the hallowed stonewalls of history. I was hired by Neil Jorgensen, the best landscape designer in New England. Neil was in such demand as a designer that you had to book him months in advance, if he was even willing to do your garden. We worked on $100,000 projects and did award-winning work -- and Neil was such a great guy to work for...... It was unbelievable -- having fun, making lots of fun, and being real proud of the work too ..... I thought I had it made .. We worked every day, clear into November, when the ground started to freeze and our last day it was snowing -- but what a season we had.
I took a temporary job that winter driving a Buick regal -- driving executives to and from the airport. I was often stuck in Boston's horrible traffic, but I was getting paid by the hour, so what did I care -- the Buick was a nice ride.
When spring came, that's when my bad luck came with the melting snow. Neil's marriage broke up, and he became terribly depressed. He stopped working. Customers kept calling him and begging him to get started on their gardens, but Neil stayed in seclusion. He went up to his cabin in Maine, where there was no telephone .... Like a real Scandinavian he brooded and sulked and drank ..... Worse for me, I was out of work .. I begged him, when I finally got him on the phone..... Neil, don't just think of yourself, you're putting me out of work .... It was awful -- after getting so close to a really good deal, and it was the first time in my working life that ever happened -- working with the very best people and the best plants and the best equipment, making and building the most beautiful garden -- and then nothing.
I call that bad luck, which has been rare in my life. Most of my problems have been self-inflicted, but this one time it was bad luck -- fate, and the gods went against me ..... Later that spring, I got a call from Chicago that my mother was dying.
Posted by Fred Owens at 4:28 PM