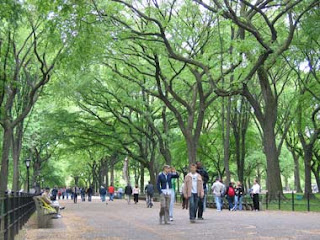 A dramatic change of venue is coming at "21 Places I have lived" -- I think you folks may have gotten comfortable hearing about my four-year stint at Cold Comfort Farm -- just settling in that pile of old boards in a blackberry bramble.


But the title of this story should remind you that we're going to keep moving on -- I left the farm right after Christmas in 1990, heading for Boston. I brought my 13-year-old son with me, and he blames me to this day for yanking him out of school and taking him to New England.....But I reasoned it this way, that he was doing poorly in junior high-school both academically and socially and I thought a spin around the country might doing him well..... Anyway, we loaded up the car and never looked back at that damn farm....Susan and my daughter Eva were left behind -- this was the only time we ever separated as a family, but they came to join us on the East Coast some months later, so it wasn't really a hard ship ............ But I have to address the readers again -- the whole movement in America is westward bound. Every town in Washington and Oregon is full of refugees from the Midwest. California is full of immigrants from New Jersey and Pennsylvania ......... This is what everybody is used to -- like in the Grapes of Wrath -- they head out to the West Coast afte the farm goes bust in Oklahoma -- or Jack Kerouac "On the Road" -- going west on Highway 66.

But there's a smaller trend of young men from the rural West going East to learn in the halls of higher education and join the citadels of power. Think of William O. Douglas, who grew up in Yakima, Washington, and headed east to become a Wall Street Lawyer and then a Supreme Court Justice....... That's what I did. And you may have heard about the Liberal Establishment -- yes it is there -- I found it there in Boston .... We rented an apartment in Cambridge, not six blocks from Harvard University, within touching distance of some Very Important People ..... I never saw so much importance in all my life, the old buildings seemed encrusted with prestige like barnacles on a pier piling.

Helen lived in Newton, a Boston suburb. I've changed her name. She was the romantic interest. Believe me, you should never go back to an old girl friend. Never.....And why didn't someone tell me that? ... We resumed a relationship after a 25-year-absence. It started out well , but it ended in the same train wreck ...... I'm going to blame her for most of this, strictly as a literary device -- you and God and everybody else can form your own judgment ..... We were lovers when we were 18, but I was a cad back then -- I wanted to fool around, and I left her in tears ...... But she kept a piece of my heart, that small piece I had given her -- and she kept that small piece for 25 years -- had a husband, several children, a home and a good suburban life -- but kept that small piece all this time, and I never wholly loved another woman -- couldn't be whole because of that missing piece.... She never let go of it .... and I came back to her.
Posted by Fred Owens at 8:50 AM