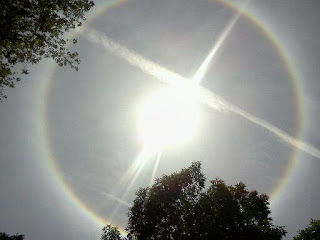 I don't have a lot of stuff. I brought my car full of stuff down here from LaConner. I left 12 boxes -- my archives -- in storage in a barn on Beaver Marsh Road. That's everything I own.
Louis Cayou SO U A GYPSY
Alexa Robbins I think it's only 15 for me!
The trouble with traveling for your life is that you never get to go on a vacation. But I would like to stay here, and then go to France next summer -- not to move there, for God's sake -- but just for a vacation, like a real tourist.
We left Oklahoma in the summer of 1976, heading north. The truck broke down in Lindsburg Kansas, just north of Wichita. So we camped out by the river at the edge of town -- and found jobs at a factory making aluminum windows, and then rented an apartment behind the Swedish bakery....... This was summer in Kansas, got over 100 degrees day after day -- hot in the factory -- but cool enough in the town swimming pool after work. We should have stayed there. It was a decent town and we could have found better work if we had been more patient.

We left Kansas after a few months. My wife was pregnant and she didn't like the local doctors. She wanted to go to this commune in Tennessee and have natural childbirth -- a bad idea, I thought..... I said we could get a midwife, yes, but near enough to a hospital just in case. So, for some reason, that entailed moving to Evanston, Illinois, where I myself was born and grew up.....I found a job as a shipping clerk at a large printing company.....We found an apartment on Clyde Street near the Howard Street boundary with Chicago.... I picked out that apartment because there were a lot of old ladies living in it. Chicago, as you know, gets bitterly cold in the winter, so I figured these old ladies lived in a building with really good steam heat.....That was a smart move....we stayed all warm winter, the baby was born in the spring.

The child was born in April 1977 in Evanston, Illinois. We left in September. We took the river road -- Highway 61 Revisited -- and camped out, heading down the river -- Dubuque, St. Louis, Cape Girardeau, Memphis, and then Vicksburg, in Mississippi. We stopped there and I got a job at a sawmill way out in the woods. Talk about rednecks! Geez, they closed the sawmill on the opening day of squirrel hunting season......I took wood scraps home from the sawmill to the house we rented and built some simple yard furniture, which we sold....Otherwise Vicksburg wasn't such a good place to live.
So we left Vicksburg and drove down to the Gulf Coast, renting a trailer in Pass Christian with a view of the Gulf. This was 60 miles east of New Orleans and a little bit west of Biloxi, but still in Mississippi.....I got a job on a construction project. By now it was December and cold working outside.... plus mosquitoes, alligators, rednecks, preachers, and lots of fat people ... I got into an argument with our landlord and he told us to leave -- that was a good idea -- I don't know why we lived there in the first place, probably just to be stubborn.

Suzie Wiley Racanello so fred.... how do you remember this in such detail??????

Carolyn Rios probably just to be stubborn, what YOU Fred?

If we proved a point by living in Mississippi, it was to make the whole country inhabitable. From Atlantic to Pacific, all the land needs love..........But enough was enough........ They said Pappy Crain was connected to the New Orleans mafia, and then he and I had this argument and he told me to clear out of his trailer court. So we did the sensible thing and left....... We had to sell the old Buick because it wouldn't run anymore and then get on the Greyhound, me and Susan and the baby, bound for West Coast ...... the Promised Land, the Golden State, California..... and not just anyplace, but Venice Beach itself.

In Venice in 1978, the old beatniks were still around. They didn't just listen to Billi Holiday, they knew her -- it was a small world for hipsters in the 1950s and Venice was one of their locales -- still with a trace of it in 1978 -- the old beatniks were people I listened to and talked with. They found me to be amusing, sincere....and clueless.....But we arrived from Mississippi and we lived in a tricked out school bus in my sister's back yard....I took the city bus every day to my job in Culver City as a shipping clerk at a silk screen shop, where they made giant banners that said "Sale!" and "Grand Opening." ...... I liked taking the bus to work, it went past the Hare Krishna Temple and the old MGM studios with giant sound stages. I could sense the ghosts of old dramas -- images of Judy Garland, Clark Gable and Myrna Loy .... it was almost tangible....
We got to Venice in January and left in June. I think we should have stayed. This is what happened -- I had finally saved enough for us to move out of the school bus and get into a decent apartment -- with first and last month's rent and a deposit. I found this nice place, a tiny one-bedroom bungalow. I had the money in hand but the landlord wouldn't rent to families with children, and by this time we were expecting another one -- what a bummer......As I said, we should have stuck it out in Venice and just gone looking for a better landlord ..... but I guess that baby wanted to be born in the Skagit Valley, because we went back up there -- in late June. We made a summer camp at Illabot Creek up by Marblemount -- a way back in the woods..... It was a pretty place, but we had no money and I had no work.

We camped for the summer on the creek, then found a cedar-shake cabin on the road and nearer to town -- town being a grocery store, gas station and post office. The cabin had electricity but no running water -- just a hand pump out the back door, plus an outhouse. We had a wood stove for heat, and wood cook stove in the kitchen......It was decent and the rent was $40 per month .... Lots of fresh air and beautiful scenery in the wild Cascade Mountains up the Skagit River, but not much work. I borrowed money from my folks and we got food stamps. I chopped wood and carried water. Susan was expecting our second child -- she liked it there living out in the woods...... but I found it somewhat isolating and my mood was sometimes sour -- time passed too slowly and it rained all winter.

Suzie Wiley Racanello fred.. you never answered my question.. how do you remember all this?????

I thought everyone remembered all this stuff about where they have been.....so I don't know how to remember anything, I just do.

Suzie Wiley Racanello but you recount it in such detail!

I could write this much, much longer, with much greater detail -- but I'm keeping it very short to fit on to Facebook.

Our daughter was born March 4, 1979 at the hospital, we brought her home to the cabin in Marblemount. She was beautiful..... I planted a garden that spring and I built a studio and did art and calligraphy. But I had very little paying work -- a few days at a shake mill, a couple of weeks at a local farm -- just scraping by ..... And by now we had two children in diapers -- but only a hand pump in back of the cabin for keeping clean ...... we stuck it out until November, but another raining winter with little work seemed like a bad idea...... I drove down to LaConner to check it out -- a bigger town -- more than 600 people! -- better housing, more work, and a bookstore and a good coffee shop for hanging out -- a good tavern too...... We moved down there and rented a house on Centre Street (British spelling for some reason) -- good plumbing, gas heat, no wood to split and water to haul -- it was easy street, and I was back to work making a few dollars at Tillinghast Nursery.

Cindy Nelson Fred, you really should write a book about your life! It would be amazing!

Living my life has been the hard part, writing about it is easy.

Lysa Sherman I grazed my pony in empty lots. I went barefoot and worked the garden all summer. In fall, my Mother taught me which seaweed you could eat. We boiled nettles and ate them. I babysat on the river for a woman named Joy, who had no running water and kerosene lamps for light and a wood stove for heat. I learned that rabbits do, indeed, scream when they are killed. But if you boil them long enough, they are delicious. These are the things that shape us as individuals. Let us be not afraid of those things that let us know that we are, in fact, alive. Your daughter carved her name on our porch, and we left it there. A testament to who had come before us in that place. There is no life without acknowledgement of the lives that have been there before us, forging their way in ways that can only be imagined. We are not alone, and if we are aware of that we never live alone....

Lysa, Joy lives in Texas now -- I hear from her on Facebook -- Joy Daley

I need a better title for this piece. It is about the 21 places I have lived since 1976. I am writing it in the comment section of the previous post --- writing one paragraph for each place that I lived.....What prompted me to write this was getting a letter from Paul Schulte, my college classmate, who has lived in the same address in Cinncinati since 1976, whereas I have kept moving.

We rented the house on Centre Street in LaConner. It was big and carpeted -- so nice after living in the cabin with a wood stove, a pump in the backyard and an outhouse... We had good plumbing, gas heat and all you gotta do is twist that dial on the thermostat and get as warm as you want. Twist the dial and pay the gas bill -- that was great. And a washer and dryer for the two babies. Clean and warm...... We lived there for a year and more, until the owner, a commercial fishermen, had some bad luck and sold the house at a loss and in a big hurry. Kirby Johnson, the realtor, came over to tell us the bad news....I was concerned that my spouse would get too upset about this, so we went out and bought the first house we looked at and did not dicker over the price. It was a double-wide trailer on Maple Street in LaConner on a 100 by 100 foot lot..... Then we just moved over there and figured not to have trouble with landlords anymore.
Posted by Fred Owens at 9:52 PM