from Cold Comfort Farm to Boston 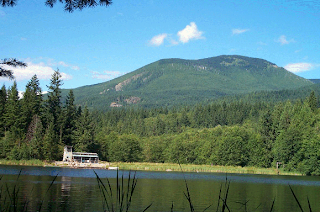 photo of Barney Lake, near the farm


How can I make this happy? It was a tough year on the farm -- 1988. That summer I moved out of the house, and that ended a 12 year argument...... a "friendly divorce" .... which is slightly less of a disaster .... After a bit of shifting around, I moved back into the farmhouse and she moved out ..... I became a single father, which, of all the ways devised by mankind, is the worst possible way to raise children ..... It reminded me of a story in the newspaper about the one-legged man who climbed Mt. Rainier... Sure, he made it to the top, but it would have been so much easier with two legs..... I struggled on. I grew a very big garden the next summer and my triumph was a huge and wonderful patch of sweet corn -- more than I could possible eat or give away ... I bought a new car ... Mainly I did not like being un-married at all... What are you supposed to do? .... And people thought it was just fine -- or else they didn't know what to say, or else they didn't want to interfere ..... I guess it was up to me to work it out -- my behavior wasn't especially weird or self-destructive, so people let me work it out ..... However, there was a bit of concern when I decided to move to Boston .....
I'm skipping a lot of things from 1988. -- In January I played a central role in the Fishtown Woods Massacre.... In February, my mother-in-law died and we flew back to Oklahoma for the funeral. It was the first and only time I communed with my wife's deeply conservative Southern cousins....... In July I joined the Quaker Peace March and we walked, 12 miles a day from Portland to Vancouver -- all the way across the state -- for the cause of nuclear disarmement. A year later, 1989, the Iron Curtain fell, thanks in part to our effort....
I came back from the Peace March after six weeks and we started fighting again and I couldn't stand it anymore.... That's when I moved out .... The last straw was when we had an argument at dinner -- nothing new about that, we patched it up, and later we went to bed.... Okay, but for the first and last time, we started another argument in bed .... That was it ... I moved out of the house the next day.
I was lost..... That was a big reason why I wanted to take care of the kids -- because I knew how to do that and it was honest work.... I took good care of those children -- I never asked anyone's advice and no one interfered.
I'm gonna stop for today -- but I need to finish this part. The next year I went to my 20th college reunion. I ran into my old girl friend and she lived in Boston. So I took the kid outs of school, packed up the car, and drove across the country in the middle of winter -- to Boston...... Why didn't someone stop me? ... Boston -- and we lived there for six years, and at least we were out of the Cold Comfort Farm -- might a had to move 3,000 miles just to shake off that demon.
Posted by Fred Owens at 12:29 PM

OMG, Fred...you are totally hilarious! You should be a gazillionaire with your story telling skills. Thanks for always giving me a smile AND for writing on a DAILY basis now! Yippeee! I'm reading you all the way from across the "pond"...the 4th strongest economic powerhouse in the world..or should I say "Virld". Hugs, K