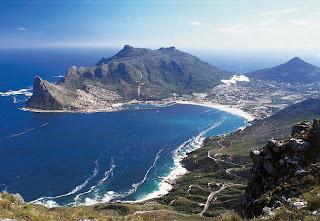 I have no business taking care of kittens. I just stare at them. They're sick. They're not moving. Let me think -- that's what I do when I'm sick. I just stop moving. I lay down until it gets better. Usually it does get better. So for now, I'm not going to do anything...... But resume telling this story, to wit: my mother died, we sold the house, and then I went to Africa.

We're in Chicago that December. Katy and I are living in the house. Mom still seems to be there in spirit. Everyone comes for a last Christmas at home, all the grandkids, and the house is full. It was wonderful.......But in January hard work began -- we were going to sell the house, all that stuff had to go, and it was a big house with a full attic, upstairs, downstairs, and a large basement... That was my job. I'm the guy who is good at getting rid of things and moving on. And the Owens family was moving on after 50 years --packing up was the hardest job I ever had, it seemed..... First thing were the clothes, going into Mom and Dad's bedroom, not thinking, not looking at stuff, not rushing, but not lingering, just carrying armload after armload out to the old Buick in the driveway until the car was full, then down to the Salvation Army, don't think, don't cry, just keep moving, give them all the clothes .... I came home and the house was empty now. She was gone.

I spent a few more weeks emptying the house of everything but some furniture and momentos, carefully marked and cherished, that we would be keeping. We made arrangements with the real estate lady. Then I left. I ordered a cab, and when it came I grabbed my bag and my pack and strode out the front door, and did not look back, could not look back..... That is in the Bible, you know what happened to Lot's wife when she looked back. She turned into a pillar of salt. And two-thirds of every song sung by Bob Dylan says the same thing -- Don't Look Back..... so I got in the cab and said, "Take me to O'Hare Airport." I was going to take the plane to Capetown in South Africa.
Posted by Fred Owens at 7:26 AM