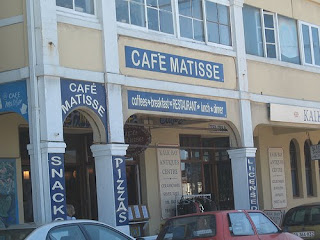 I flew to Cape Town, South Africa in early February, 1997. It was a fateful year, Princess Diana died. She was beloved all over Africa. You see her photo on the wall in simple homes, next an image of Bob Marley.

This story is very condensed. The Facebook format forces this writer to get right to the point. Why did I go to Africa? So many have people have asked me that -- but no, upon reflection, I have to say that's kind of a dumb question. A lot of times you learn more just by listening -- so listen to my tale..........Going back to Africa wasn't the beginning of time, it was before that, when there was no time..... in the dream time .....

I flew from Chicago to Miami on Delta. Then got on the big 747 --South African Airways -- such a big plane and only a few passengers, we flew all night over the ocean, nothing but stars and glimmering water far below, going south, south, south across the water .... I had never been so far away in my life.

From the Cape Town airport to a B & B in Kalk Bay. I could see the ocean from my room. They were an Indian couple who ran it, Mia and Fatima Laher..... Michael Pam was the old poet of Kalk Bay --- we drank tea together at the Cafe Matisse. The Coloured woman who served us was beautiful, but Michael gave me a warning glance -- I wasn't aware of distinctions he had lived with all his life.

I swam in the surf. I walked the hills. I drank beer. I met members of Parliament at the State House. I saw Nelson Mandela in a parade....I called my daughter long distance. I told her of my reverie, she said, "Dad, when are you going into Africa? You can't just hang around like it was a resort." ...... I wish I had not acted on her advice, but I soon took off for the country.

But you would rather hear about the kittens. As you wish. It's 7:30 a.m. They have just gotten up, eyes wide open. The one who likes me came over and scratched my pant leg to say Good Morning.
Posted by Fred Owens at 7:40 AM