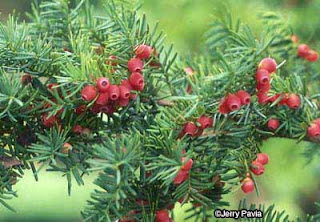 I need to have patience. I wish to write freelance farming stories for the local newspaper, but I think they will not respond to my email. I have the urge to throw a rock through their window -- "What do you mean, you don't like my stuff?" .... Instead I will continue the story.

We laid mother to rest in a cemetery out by Des Plaines, a long drive from the house. My folks had a plot in the parish cemetery right down the street, but when my oldest sister died in an accident in 1974 that space was used, so mother was taken out to Des Plaines .... In our family we never cared about graves and tombstones very much -- not much for visiting the dear departed ones and the old bones. Our old folks did not teach us reverence for the past ... It was more about the future .... When they came to America they left their old lives behind and rarely looked back ...... My mother herself had no sense of nostalgia - she more enjoyed setting us up for the adventures of life.

And that newer life began after the funeral. I did feel a little scared and unprotected -- like being an orphan. It was mother and father who stood between me and death -- but now the cold breath was on my shoulder ..... Carolyn and Tom flew back to Los Angeles. Katy and I stayed in the house that autumn. I got a job as clerk at the Crate and Barrel. I took karate lessons and piano lessons..... It was very pleasant at our old home......In my mind, I could not separate mother from the home in which we were reared. And it was if she was still there.

But I made one significant change to the landscape. My folks bought the house on Forest Avenue in 1946, the year I was born. They planted a double row of yews -- the low spreading yews by the driveway, and the taller, arching yews next to the house ...... It was a wise decision to plant the yews, for they are the strongest protectors of a good house. A dark green in foliage and sometimes with little red berries, the yews were always there, my whole life. But they had gone decades without being trimmed and they were far over grown, starting to block the driveway and crowd the house. They looked very old. ---- a good pruning might have been in order, but this was too significant ..... We were going to sell the house and whatever family moved into deserved a fresh start ..... I used my chain saw and cut all the yews flush to the ground -- I planted a new double of yews, young and vital, for the future, for the new people who are to come....Mom would have liked that.
Yews
Posted by Fred Owens at 4:47 PM

Didn't it break your heart to sell that house? It is said, "You don't know who you are if you don't know where you came from". That house was part of you. It is so warm and beautiful. Is it still standing now?