My Son the Librarian

By Fred Owens
My son Eugene got a full-time job as a Librarian at the Exposition Park Regional Branch of the Los Angeles Public Library. His specific responsibility is "Adult Services." We have teased him about that job title.
The Exposition Park Library is a 90-minute bus ride from Eugene and Erica's apartment in the Highland Park neighborhood  -- a long commute and quite common in LA. Eugene has been a bus rat for years -- he doesn't drive or own a car, and you can live quite well without one as he has established. He is a Man About Town. Living well in a great city like Los Angeles is about as good as you can do.

Eugene worked several years as a substitute Librarian before getting this permanent position. As a sub he got to know almost every branch of the library -- they posted him all over town.  And he got good at bus navigating .
At the library, Eugene often occupies the Reference Desk. In that capacity I picture him as Captain Kirk on the Enterprise, boldly going forth,  calmly assuring troubled library patrons with "How can I help you?" and "Where do you want to go with this?" and "What do you hope to accomplish?"
Happiness is children doing well in the world. I used to  tell him this when he was a teenager, "Just do something I can brag about, that's all I ask."
The daughter is doing well too. Eva has been at Boeing for a few years now. She recycles airplanes -- not by herself, of course, but she works in that area. They don't just throw the old planes away -- if you think about it....... She and Lara live in the Ballard neighborhood of Seattle with their dog Odie.  I got a FB post from her today -- she has camping on Mount Baker. Ah, the great outdoors.
Tragedy. Maybe I am cherishing my kids a little bit more today because of Joe Biden's loss. I can't imagine anything more difficult. 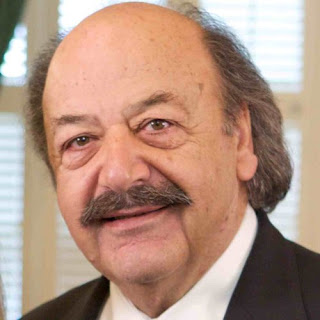 You cannot look more Armenian than Katcho Achadjian,  Such a mustache and such a smile. This is a face with great character and depth.  He is running for Congress in our California district. I will vote for him surely, unless I discover something in his character or in his political record that indicates a defective nature. He currently serves in the California Assembly and he is used to the long commute to Sacramento and used to endless  meetings with fellow legislators. We could do worse to have such a fellow in Congress. 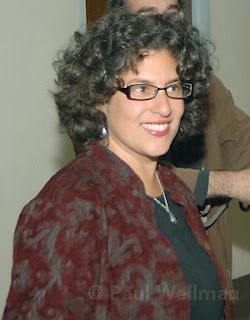 Helene is the mayor of Santa Barbara.  She has such vigorous, life-affirming hair. She gives a California meaning to the word zaftig.  She declared her intention to serve in Congress, but she is making a big mistake. Being the mayor of Santa Barbara is the best and happiest job in American politics. Life is beautiful here. We are rich and we live near the beach. Helen presides as mayor over this feast and she comes home to her family every night.
But put her on the red-eye to Washington every week, staying in some dreadfully expensive and dreary apartment, squabbling in vicious and pointless committee meetings.She will hate Congress. She will become very unhappy. "Helen, you've got it good right here in Santa Barbara, and I want you to stay with us." So I will not vote for her.


Presidential Politics.  It's kind of a weird race for President with so many on the Republican side and Thunder  Pussy standing alone for the Democrats. See? That's why I don't write about her -- it's too easy to be insulting.
The race in  2016 could be the first contest with no White Man on the ballot. Put Marco Rubio with Carly Fiorina on the GOP ticket, and put Hillary Clinton and Julian Castro for the Democrats. There's nobody who looks like me.
Carly Fiorina is not Italian! She just married some guy with that name. I just looked that up. I am so disappointed. I was hoping for a First Italian President, but she has little chance of winning anyway.  What I Iike about her is that she is capable of filling the office. I have a broad perspective on this. I believe there are a fairly large number of Americans who might serve well as President, and I am vigorously anti-dynastic. She could do a better job than Texas Governor Rick Perry.
The most experienced candidate by far is former New York Governor George Pataki, a three-term Republican governor in a very Democratic state. You never heard of Pataki because he never screwed up too badly. And that is almost inspiring.

Ted Cruz is Hispanic. Can you be white and Hispanic at the same time? He could be really good in the debates. Can we just have Ted Cruz and Bernie Sanders debating? They are the only two candidates of any interest.
Let's all vote for Bernie Sanders and put  the first Jew in the  White House. I love him. He's from Brooklyn. Just to hear him talk is a blessing. If the election were held today I would vote for Bernie.
Question. Is America going to hell or are we on the path to a golden future?
Answer.

Go to the Frog Hospital blog and hit the PayPal button for $25, or
Send a check for $25 to