From New Jersey to Boston 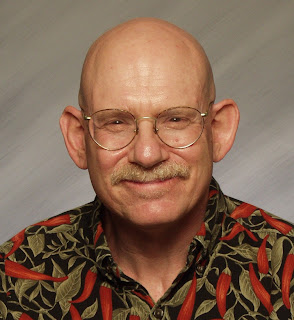 Artist Bobby Vilinsky has traveled the world from New Jersey to Boston....I just wrote that because it sounds funny. Bobby is a good friend of mine and he has seen many things in many places, but it is true that he grew up in New Jersey and has spent most of his adult life in Boston.

Not Boston -- Cambridge. Local neighborhoods count quite a bit in New England. Cambridge -- anybody who lives there will tell you -- is on the other side of the Charles River from Boston and quite a different town.

Then, people in Cambridge will want to know in what part of Cambridge does one live -- certain neighborhoods have their peculiarities.

Bobby Vilinsky, depicted here, in a handsome and appealing portrait, used to live near Central Square in Cambridge, but now he lives almost midway between Harvard Square and Central Square and partakes of both, or neither.

More importantly, his apartment comes with a parking space for his Honda Civic, plus he can walk to either Harvard Square or to Central Square and descend to the Red Line subway, which will take him in to Boston if, for example, he wanted to visit the Museum of Fine Art, or go to Fenway Park to watch the Red Sox.

Bobby has had his art displayed at the Museum of Fine Art, an august circumstance which has not gone to his head. Bobby is the same old friendly fellow I have always known.

I would display a photo of his art, but it is conceptual, often three-dimensional, and does not reproduce well on this flat screen. But I think a photo of the artist himself works quite well. Bobby has a strong smile and it comes easily.
Posted by Fred Owens at 3:52 PM