October is the most beautiful month 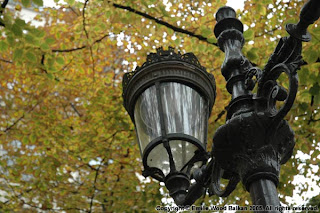 October is the most beautiful month. The weather is good almost everywhere in the country. You can go camping and sleep well in the crisp air. Frost has killed most of the bugs.

Of the four seasons, autumn is the only with a home -- New England. It was created there. Pictures of pretty leaves -- that's not it. The visual splendor is the lesser joy. It's the air itself that breathes magic. And if you're lucky to be in New England now, I'm happy for you.

It's pretty nice here in the Skagit Valley too, so we can't complain. Even Southern California has been blessed with a rare October rain -- my brother Tom called from Pasadena to say that the grass was growing there.

On Beaver Marsh Road, we are still gathering potatoes left over in the field after the harvester has passed through. I have about 200 pounds in a big pile by the barn. They store better unwashed, I have learned. I clean them up in five-pound batches, making a nice gift for friends.

Gleaning is not just for poor people anymore, because there are literally tons of potatoes out there for anyone who cares to gather them, and the farmers readily give permission for this traditional activity.

I don't give a hoot about global warming, but you might think about all the energy required to grow these potatoes -- come on out and get some spuds and earn your carbon credits.
Posted by Fred Owens at 12:17 PM