I can't help it if I'm still in love with you 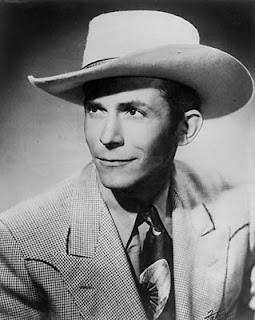 "I can't Help it if I'm Still in Love with You" is one of Hank Williams' best songs. I can play it on the guitar and sing it quite well in a meaningful way. Nobody likes the way I play the guitar or the way I sing, so mostly I just pick away at it in my lonesome trailer out by the barn.

Maybe I ought to have my own place, I thought today, instead of doing chores for people in the big house, and maybe I will have my own place in a few years, and my own dog, and my own garden. It'll be just like those old drifters in "Of Mice and Men." except I won't have any rabbits.

I'm reading a book about the author John Cheever, written by his daughter Susan Cheever. It's called "Home Before Dark."

Cheever had little success as a writer until his first novel was published when he was past 50-years-old. Then he made a lot of money and bought a fine house.

But before that, when Susan, the daughter, was growing up, the Cheevers lived in a series of rental houses, and Susan suspected that her father never really wanted to own property. He was happy enough to look at green meadows and dewy dawns wherever he happened to me.

I know about that. I owned my own house a few years ago. Owned it free and clear. Didn't owe the bank a nickel. Had complete Sovereignty over my own small territory. And that was fine, but when my marriage fell apart and I sold the place, I didn't miss it too bad, and I don't feel too lowly about being a caretaker on someone else's farm -- except once in a while I feel a little blue....

but I'm liable to feel a little blue about almost anything.
Posted by Fred Owens at 8:38 PM

WHy do you spam people who have never asked to be on your distribution lists?

I have asked repeatedly to be removed, and yet you ignore my requests.